You gotta have heart! 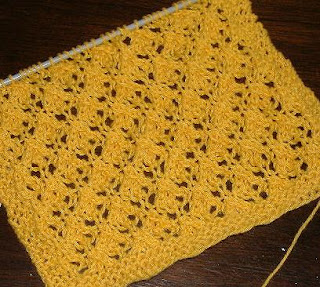 It really irritates me when things don't work the way they're supposed to. Perforations that don't; pop tops that don't; ATMs that won't let you make a deposit. All those daily things that just don't perform the way we've been led to believe they will.

Some of you know that I've been having a series of medical exams. Seems my heart doesn't work quite right either. I have to admit that this more than an irritant. In fact it might even be a major concern. But there's some other problems that are causing delays. Seems my innards aren't exactly where they're expected to be. Last week when I had an ultra-sound the technician couldn't find my gall bladder. I had to assure her twice that I hadn't had it removed. Finally, a more experienced person found it. Just not quite where it was expected to be.

I took a treadmill test a few weeks ago and my heart rate escalated much more rapidly than it was expected to. So I was scheduled for a nuclear exam. That's already enough to scare me. But I went and had it done yesterday. But some of my other innards are in the way. Not where there're normally found. So the scans are not usable. I have to go back tomorrow and get a different isotope injected and then have another scan. I'm hoping this one will do it.

So what does all this have to do with the photo at top? I'm making a sample lace scarf using one of the stitch patterns from A Treasury of Knitting Patterns, Barbara Walker's first book of stitch patterns. Her patterns work. I've used a lot of them and have never found an error. I've never heard of anyone who has.

I'm planning to use a lot of old Rowan Seabreeze, a discontinued cotton yarn, to make lace samples. I like the kind of rustic look the cotton gives the lace. I'm hoping some of my students will see these and be encouraged to try lace. It's really pretty easy when you get right down to it.
Posted by Larry at 8:27 AM

Oh dear! How odd to have your innards hiding in strange places. Hang in there, Larry. I'll hope for good results and manageable solutions to anything that may be of concern.

Relax with more knitting, that's what i prescribe. That lace pattern is lovely. I bought that book for myself with some of my Yule money, but have yet to knit anything from any of the stitch patterns. Soon, i hope!

I hope everything goes allright with your tests, and try not to stress too much about them. My aunt actually found out about 5 yrs ago now, (and she is 60) that all her bits and pieces sat on the right side instead of one of each side, or where they were supposed to too. She had 4 children in her lifetime and noone ever picked up on it during any of her pregnancies either. So you are not alone, there are other people out there too. I love the lace knitting too, and I hope you find some time to relax.

I hope that everything goes well with you tomorrow, Larry. I still think my jumping up and down idea would work to knock things back into place! Maybe we left your gallbladder @ the BSK sale....

I will keep my fingers, toes, and needles crossed for you, too! It's so weird when stuff like that happens. I saw on tv about a month ago a story of strange medical cases. There was a little girl who was born with all of her inside stuff on the opposite side of normal. They told her parents she'd have all sorts of trouble and could possibly die and that her heart wouldn't work right. So far she's absolutely normal, no problems at all. She's about ten years old now.

The scarf is looking nice! I really like the color. :)

As a female with several items already removed, I'm sure what's left inside me has usurped territory it shouldn't be in. I hope I never have to find out. But I'll be rooting for a good outcome on all your tests.

I'm sorry to hear that your health is not what it's supposed to be. Wish you all the best!